I placed Harry Potter and the Goblet of Fire down on the table next to my Dr. Pepper. I looked around to see what needed to be done. Nothing. So I sat down and read my book under the harsh fluorescent light next to the warm machines. Muzak, punctuated by store commercials, echoed in the high ceiling. Occasionally someone needed film processed, but only ten rolls were processed in the six hours that I spent in the photo lab that Thanksgiving day. It was my year to work Thanksgiving and miss going home to spend time with my family. Next year I would get a Christmas Eve shift. Working alongside me was a single mother of two young boys. She had been married, but her ex husband was a giant asshole. (Which was amazing, because he was a tiny drowned rat looking man.) She was only 34, but you would swear that she was much older. She was reserved, hardworking, and rarely complained. She hated being at work that day, too.

Over the years, Black Friday has crept closer and closer to Thanksgiving day. For awhile, it seemed to respect the boundary of midnight. But now it has oozed over the line and consumed Thanksgiving. 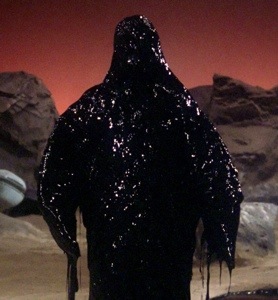 Thursday is mine because I can!

Many are outraged! How dare retailers take over Th…Ooo, the camera I want goes on sale at 5 that day! Retailers aren’t starting sales at these times to be evil and take over Gluttony Football Day. They’re doing it because they can. People will show up. I’m willing to bet that some of those people will also be the ones who complained and were outraged by the sale in the first place. They will take part in the stampede to be the first to get XYZ gaming system and will bite your face if they have to. People have died trying to get something on sale. And yet, year after year, sales get earlier and earlier. Year after year, people are shocked and outraged by the materialism…right until they show up to the line that wraps around the store.

It’s our fault, y’all. We perpetuate this cycle of frenzied materialism. We’re the ones who rip people away from their families because they have to be at work to wait on your ass. Some may argue that participating in Black Friday is the only way they can afford whatever they want for Christmas. While I understand that it may be disappointing to not get that thing they crave, I’m willing to bet it’s not something they need. I’m sure for some, it’s not even getting the thing that they crave. It’s the rush of finding and getting that awesome deal. Is that rush really worth it? Is it worth blowing off your families? Is it worth pulling someone away from their family so you can get your fix?

I wonder what would happen if we all just stopped? Stopped showing up to buy mountains of shit. Stopped being consumed by our obsession with whatever toy the toy companies have deemed “hot” this season. Stopped having to plan our family/loved ones/special friends time around having to shop later. Stopped pulling people away from their loved ones because they have to go swipe your credit card and smile at you like they’re totally happy to be there.

If we stopped, they would stop. It’s just that simple.

One thought on “The other side of the counter”