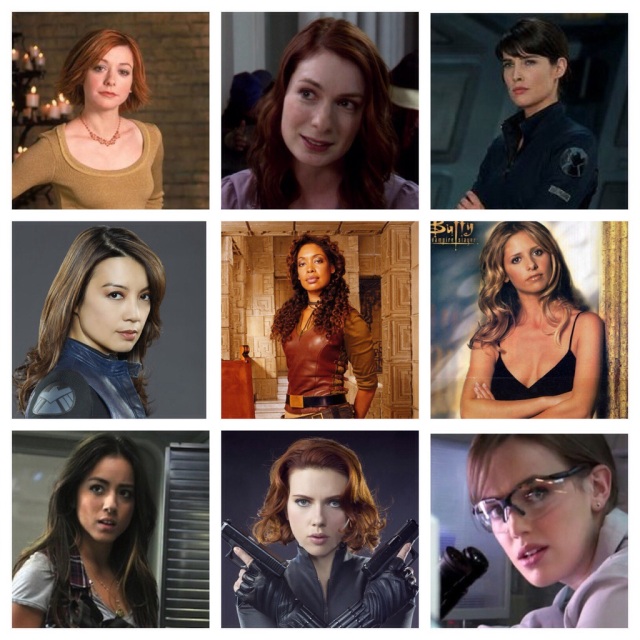 “So, why do you write these strong female characters?”
“Because you’re still asking me that question.”
~Joss Whedon

I never really noticed just now sexist and misogynistic the world could be until a few years ago. But once I saw it, like a disgusting, hairy mole on someone’s face, it became impossible not to notice. And I couldn’t look away. I’ve noticed it everywhere: television; news; the legal system; politics; religion. So pervasive is the male gaze and patriarchy, that it is still a fundamental part of our culture. Some of it is blatant, like slut shaming women for wanting access to birth control as a part of health care. Some of it is subtle, like the roles available to women in tv and movies. The past few days, I’ve particularly noticed it at the Sochi Olympics and in its coverage.

For the first time, women are allowed, (I cringe as I write that word) to compete in ski jumping. The reason for not allowing Olympic-level competition before? Medical reasons. Translation: women are frail and the landing will damage their baby bucket. So, while it’s been okay for men to jump, even though even 3-time Olympic champions have catastrophic accidents, there is serious concern for women because uteruses. I’m not even going to waste my energy arguing why this is sexist and fundamentally stupid! Although, I must concede, the logic is outstanding. Clearly, the internal sex organs of a woman are way more vulnerable than the external ones of a man. Of course, even though women are allowed to jump now, nothing’s perfect. Women are only allowed to use the regular jump, while the men may use both the regular and super jumps. I do appreciate Russian ski jumping coach, Alexander Arefyev’s, take on the matter.

“I admit, I do not advocate women’s ski jumping. It is quite heavy and traumatic sport. If a man were seriously injured, it is not fatal, but for all women may end up far worse. If I had a daughter, never would give in jumping — it’s too hard work. Women have a different purpose — to have children, do housework, to create a family home.”

I think most sports involving snow and ice are fucking crazy.

Oh, here is some snow on a really steep mountain. You know what would be a really good idea? Going to the top, strapping metal planks to my feet, and racing at breakneck speed to the bottom! What could possibly go wrong?

Ooh! Ooh! Let’s race down a twisty track made of solid ice at 80 mph. Dude! Even better? Let’s do it head first!

Snowboarding is no exception. My stomach churned as I watched men’s and women’s slope style and halfpipe competitions. With all the tricks, rotating and flipping upside down, is it any wonder that snowboarders have to be so naturally, (or, you know, herbally enhanced) chill?
I was so excited to see what Jamie Anderson could do, as I knew she was the favorite for gold in slope style. As the male announcers described her, I heard them say this: She’s the female Shaun White. Now, I know there wasn’t any bad intention in that comment. On the surface, it’s just the announcers trying to explain how good she is to the home audience. But underneath the comment, we see how male-centric, (especially in sports) our culture is. Rather than simply touting her own accomplishments and what she can do, they compare her to a man. Very rarely do you hear something like, Shaun White is the male Jamie Anderson. In this case, if that were true, White would also be leaving Sochi with a gold medal.

I’d like to clear something up for the male announcers. The women who are competing are strong, courageous, and determined. The women. Not girls. Women. It aggravated me to no end that, as I watched Erin Hamlin, Kate Hansen, and other lugers show off their general badassery, one of the announcers kept referring to them as girls. There isn’t a chance that they would refer to the men as boys. Again, I doubt their comments were meant to have a pejorative quality. But by calling these women girls, it diminishes them as women and undermines their accomplishments. Suddenly they are no longer equal to their male counterparts. 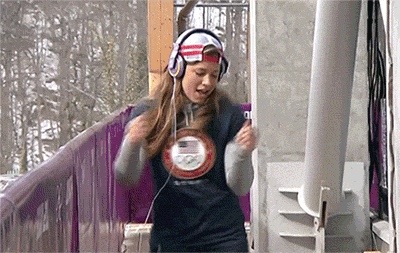 Finally, Erin Hamlin’s teammate, Kate Hansen, was criticized by male announcer and former luger, Duncan Kennedy, because her warm up was dancing.

“I would like to see something more sport-specific out of her.”

Now, maybe if a male luger had been popping and locking his way into America’s hearts, he would have said the same thing. I don’t know. What I do know for sure, is that his comment reveals that he clearly hates joy.
Enjoy the groove.

This blog post was tweeted by Rachel Held Evans after I finished my draft of this post. I don’t feel like commenting on it, other than to say, it will make you sad and laugh hysterically all at the same time. The author has found a lesson in patriarchy in Olympic figure skating pairs. And no, it’s not a joke.