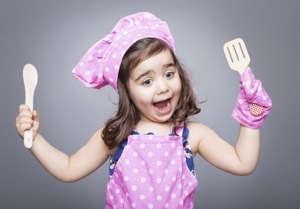 I knew when I began eating gluten-free that I was going to make black bean brownies and breakfast quinoa. The quinoa is simple to make, so long as you don’t really follow the directions. Honestly, sometimes I feel like the laws of physics cease to exist in the Cooking Light test kitchen. So, let’s do this correctly, shall we?

Place quinoa in a fine sieve, and place the sieve in a large bowl. Rinse and drain quinoa. Repeat the procedure twice. Drain well. Combine quinoa, coconut milk, 2 tablespoons water, brown sugar, and salt in a medium saucepan, and bring to a boil. Reduce heat, cover, and simmer 15 minutes or until liquid is absorbed, stirring occasionally.
Serves 4.

Rather than eating this as a meal, I ate it as a protein-filled snack. It will fill you up quickly. It also freezes well, if you are inclined to make a large batch and freeze individual portions.

On day 4, I was pleased to find that I didn’t have to wrestle my jeans on like I have been lately. That, along with not being as hungry, were the about the only things that were better. My pain and fatigue were so much worse. My feet and legs hurt all day to the point that by nighttime, I was hobbling just 15 feet from the couch to the bathroom. Unfortunately, Mike and I have not reached the level of relationship synergy that allows him to pee for me, but he was able to fetch other things I needed that night.
That morning, I rated my fatigue level at about a 6 out of 10. (Which I would imagine would feel worse for people who aren’t used to this level of fatigue.) By 11:20 am, I wasn’t able to keep my eyes open. Normally I avoid taking naps so that I can try to keep my circadian rhythm in a normal pattern. But that morning, I was physically unable to avoid it.