You sit in a small exam room, waiting. The air is stale and you notice how thin the walls are as you overhear the appointment next door. It’s not entirely comfortable sitting on the exam table, but you sit there and read the policy on HIV testing and try to pronounce sphygmomanometer for the tenth time. Suddenly, there’s a quick rap at the door and a doctor bursts into the room. Tapping away at his laptop, he asks you what happened. You explain how you broke your arm. He looks it over, types some more, and then tells you that your arm isn’t broken. In fact, you only think it’s broken because someone punched you in the arm when you were a kid.

Sounds pretty absurd, doesn’t it. Yet, this is exactly what happened when a young man called into the popular radio show, Loveline, recently. The young man was calling about his fiancé, who experiences pain because of endometriosis and interstitial cystitis. Rather than assist this man in his question, Dr. Drew Pinsky proceeded to assume he knew all and simply dismissed this woman’s pain and diagnoses. He basically called her a hypochondriac who wanted attention and was most likely sexually abused.

These are what we call sort of functional disorders. Everything you mentioned, everything you mentioned, are things that actually aren’t discernibly pathological. They’re sort of — they’re what we call ‘garbage bag disorders,’ when you can’t think of anything else, you go ‘eh, well it’s that.’ So it then makes me question why is she so somatically preoccupied that she’s visiting doctors all the time with pains and urinary symptoms and pelvic symptoms, and then that makes me wonder, was she sexually abused growing up?

Besides the obvious, What the actual fuck?, let’s break down why what Dr. Drew said is so harmful.

1) It trivializes and delegitimizes invisible illnesses.
It took almost six years before I received a diagnosis of fibromyalgia. In my experience, I learned just how arrogant doctors really are. If they can’t quantify it with an MRI, blood test, or observation, then it can’t possibly be real. Dr. Drew’s comments reflect this attitude within the medical community. This attitude prevents those with invisible illnesses from receiving appropriate and timely medical care.
It would not only prevent the doctors from providing the care, but could inhibit those with these illnesses from seeking treatment. I’ve spoken before about how a neurologist yelled at me when I was disappointed that he couldn’t figure out what was wrong with me. That experience was the final straw and caused me to discontinue seeking help for the pain I was experiencing.
It also perpetuates a lack of legitimacy for these illnesses throughout the population. So many take a doctor’s, (and celebrities’) word as gospel truth. If a doctor says that there isn’t any such thing as fibromyalgia or chronic fatigue or interstitial cystitis, then it must be true and it’s all in your head. Such attitudes from the people we encounter on a daily basis cause those of us with invisible illnesses to withdraw and keep hidden the pain that plagues us. Silence and misinformation feed stigma and negative attitudes.

2) It trivializes mental illness.
People like Jennifer Marshall work tirelessly to combat the stigma of mental illness. It is because the stigma is so pervasive and virulent. When people like Dr. Drew lazily ascribe a person’s experience to mental illness, the weight and legitimacy of mental illness is lost. As people become armchair psychologists, any and all negative feelings and experiences become diagnosable psychological problems. Mental illness suddenly becomes something that people simply need to get over, lending itself to a Barney Stinson sort of attitude. 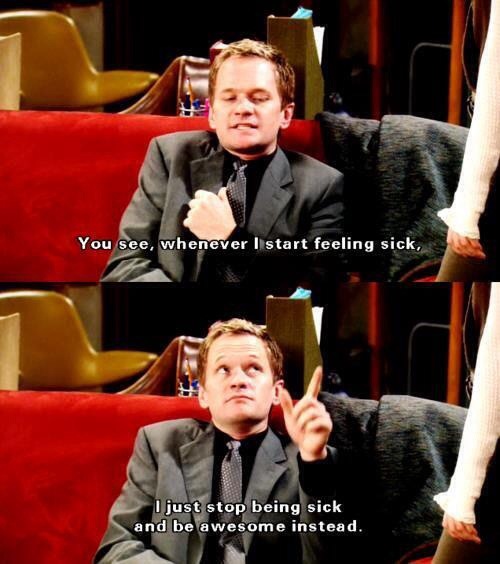 Again, misinformation about what is truly means to have a mental illness leads to negative attitudes and stigma.

3) It trivializes sexual abuse.
Too many people are the victims of sexual assault and abuse. It is not something one should take lightly, nor bandy about as the source of all things wrong in someone’s life. To take someone’s experience and twist it to fit the story they’d like to tell is nothing less than victimizing the victim all over again. In this scenario, Dr. Drew downplays the horrors of sexual abuse by treating it as some sort of virus one catches which causes problems later, rather than something that is done to you. Problems with your vagina? Well, you must have caught sexual abuse. It is insulting that Dr. Drew presumes to know better than this woman and her fiancé about her unique experience.

So, let’s summarize what Dr. Drew said.
You have a problem with your lady bits? Well, I don’t believe that those are real problems, so you must have caught sexual abuse. I know this because you are exhibiting symptoms of sexually transmitted crazy person. Take this diagnosis and get over yourself.

Such ignorance should not send those of us with invisible illnesses and experiences to the shadows to remain invisible ourselves. It should make us angry. It should compel us to speak out and educate those around us about our experiences. Refuse to be bullied into silence or feeling like we don’t know our own bodies. If enough of us push back, perhaps people like Dr. Drew will be cured of their inflated ego. Although, I have heard of a medical procedure in which it is possible to transplant some of that ego from their head to far up inside of their ass.

7 thoughts on “Invisible illnesses in search of legitimacy”