Several nights ago, Mike and I were watching Who Do You Think You Are? We have gotten into the show because Mike’s been working on tracing and establishing our roots. The episode featured Gwyneth Paltrow tracing both sides of her family. What grabbed me in particular was the story surrounding her great grandmother, and what led to her neglecting her children. (The untimely deaths of her mother, brother, and 3 year old daughter. The death of her daughter was followed three weeks later by the birth of her next child.) I was disheartened by Gwyneth’s initial responses to this information. She laughs upon learning that her great grandmother was a hoarder. She goes on to refer to her great grandmother as “crazy” and “ambivalent” toward her children.

What Gwyneth said troubled me in a couple of ways. The first involves how I identify with her great grandmother as a mom. I constantly struggle with the guilt and shame of not always being there for my girls because of my pain, fatigue, and irritability. Fibromyalgia causes pain that can prevent me from getting on the floor to play. The fatigue from the fibro and depression leaves me unable to keep my eyes open to read a book and slow to respond when they call out for breakfast from downstairs. The irritability from my fatigue and depression sends me seeking refuge from the noise and literal tugging from two different directions. If I don’t get away, I may lose my shit over something insignificant again.
The thing is, I want to be there for my girls all the time. I want to be a lucid, fully present super mom. Unfortunately, I can’t. The body is unable and, quite frankly, the spirit isn’t always willing. I wonder how much of that was present in Gwyneth’s great grandmother. I wonder if she ever looked at her kids and wished she had the strength to bathe them or clean up all the piles of newspaper. I wonder how often she wished her children and the world would just go away so she could have some peace in her mind and soul. I wonder if I will be misunderstood, if my mothering will be viewed through a lenses of neglect, ambivalence, and “crazy”. 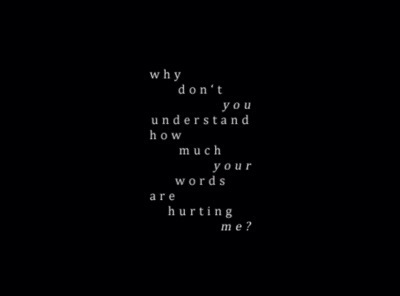 The next thing that troubled me was the language that Gwyneth used. The word “crazy” is used so casually in our world, without a thought to its implications and destructiveness. But for those who live with mental illnesses, the language and attitudes of others could literally be the difference between life and death. I’m sure you can imagine how hearing words like “crazy”, “unbalanced”, “weak-minded”, or “insane” coming from someone you trust would put a full stop on revealing to them the darkest, most vulnerable parts of yourself to ask for help. When people feel like they aren’t safe in turning to anyone for help, it could ultimately lead to a downward spiral of self-destruction that only stops when they can’t go any lower and/or they are tired of the spinning.

How do we fix it?
The stigma of mental illness must be wiped out! The stigma of mental illness is born out of misinformation and ignorance. This leads to fear. And what do people do when they’re afraid? They shut it down. They trivialize the thing they’re afraid of and push it away with words like crazy and “get over it” attitudes. During my freshman year of college, I admitted to a guy I was with how depressed I was feeling. His response? He basically told me to buck up, suck it up, and get over it. Just be happy.

Here’s what people need to understand. Mental illness is just that: an illness. The only difference between it and a broken leg is its location. You would never tell someone that they’re crazy and to walk off a broken leg. No one tells someone with cancer to just get over it. And just like with cancer, some people are lucky and make it through alive. Others are not so lucky.
Some people, like Robin Willams, lose their fight with mental illness and take their own lives. We must be careful in our attitudes toward suicide. Of course, suicide is never the best option, and it should never be made out to be as such. Many people, including me, believe it is a choice. But what is so often misunderstood is the kind of choice it is. It is not lucid. It is made under an incredible amount of duress. It is never made lightly. It is not made with a mind that is whole and well. And when you’re to the point of making that choice, you feel as if there really isn’t a choice at all.

We must not be glib with our words and attitudes toward suicide, especially if you have never experienced depression yourself or been close to someone who has. Saying that it’s a permanent solution to a temporary problem or that someone is a coward for contemplating or committing suicide will just hurt those who are already hurting and send them deeper into the darkness.

With the death of Robin Williams, depression and suicide are at the height of consciousness. Please, let us take this opportunity to be more understanding of others. Be slow to speak and quick to listen. Learn what causes depression, (Hint: it’s not a lack of faith or joy) what perpetuates it, and how to best help someone when, and even before, they ask for help. Realize that your words carry weight; an off-handed remark or pointed conversation can cause irreparable damage. Do not presume to know how someone is feeling or know their story simply because you experienced depression. And if you do hurt someone, make amends.

To those who live with depression: know that you are not alone in the world! We are many, we who suffer in silence for fear of being vulnerable, misunderstood, ridiculed, judged, rejected, and silenced.

If you are brave enough to share your story, share it! For all you know, you could be the faint light in the crushing darkness that saves someone’s life.

If you would like to share your story here, please let me know. If you wish to remain anonymous, I will protect your identity.

2 thoughts on “When it comes to mental illness, your words matter”