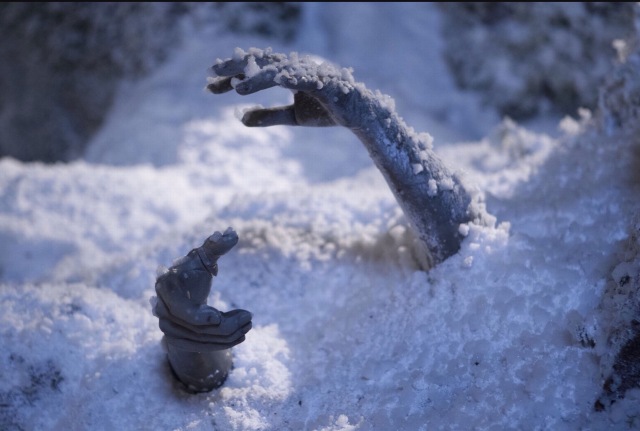 No Weeping Angels were harmed in the making of this blog post….because they’re quantum-locked.

Greetings from the melting land of Snow Pussies, which we Virginians apparently are.  Several days after northerners finished making fun of us for freaking out over 3 feet of snow, (we don’t usually get this much snow, and so aren’t necessarily equipped to deal with this much.  So, yeah, we’re the assholes) we’re continuing to melt….and melt down.  In the past two weeks, Zoë has only been to school twice and Rachael has only been once.  If Rachael doesn’t have school on Monday, I think we’ll all lose our goddamn minds. 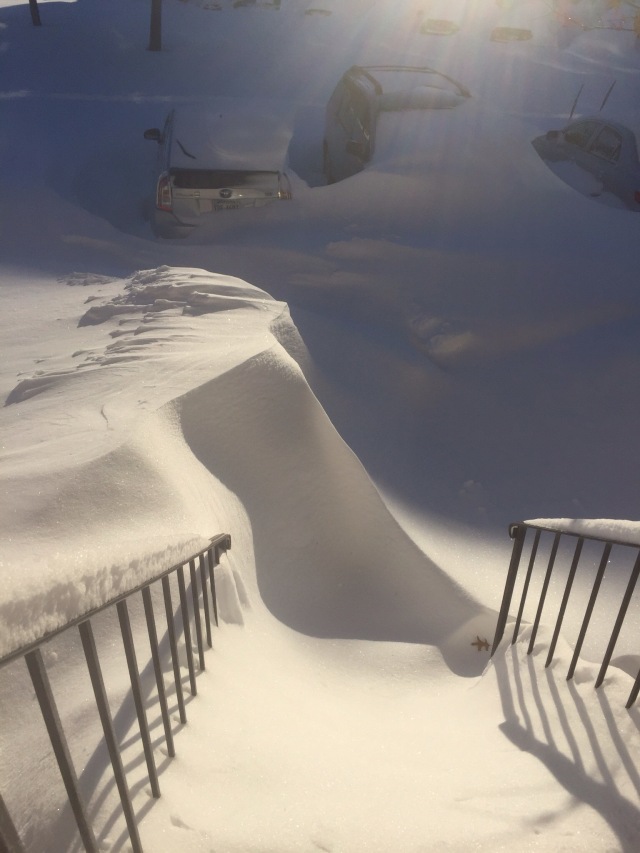 Mike has taken the girls out to play in the snow twice.  The first time ended in a massive number of tears, not because they were hurt or had to come in too soon.  No, it was because the snow was too powdery. Seriously, Rachael had a teenage level of angst over the fact that they weren’t able to throw snowballs or make snowmen.  She yelled at me that she was never going out in that snow again, as though I had caused the wrong kind of snow to fall. So, naturally, she was out there a few hours later, making snow forts and throwing snowballs with her friends. 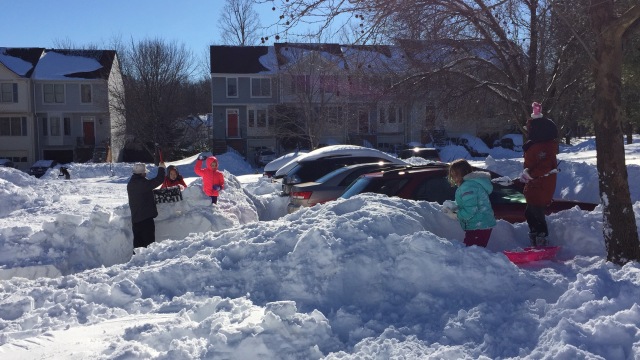 Note my child in the orange coat, preparing to throw a what? A snowball!

I’ve been pretty worthless as a mom this week.  I’ve managed to engage with the girls in a few activities other than TV watching, (Legos, bead-making, painting) but the pressure changes from before, during, and after the storm have bitch-slapped me up and down.  I managed to take them to a bounce house yesterday, and then spent the rest of the day in bed from a migraine.  I haven’t bothered trying to wrangle them outside by myself; I know it would land me on my butt from pain and fatigue for days.  On Thursday, the girls made a pillow fort, over which they promptly argued.  My solution was to yell at them to stop yelling and show them the feebleness of their fort by making one for them. 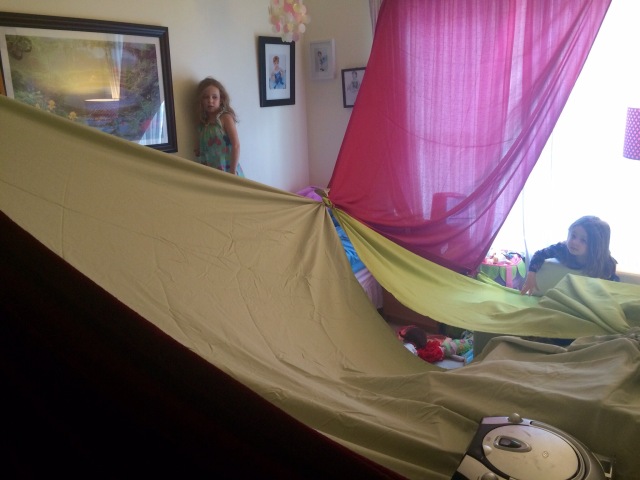 Rachael asked to watch tv within 2 minutes of me finishing this. 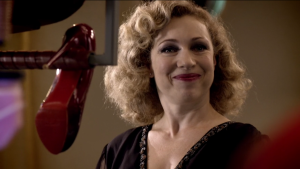 I’m still here. My family and I have just been overwhelmed and struggling with a lot of difficult life events.  I paid my regularly scheduled visit to my psychiatrist today.  I brought a list.  I choked up and cried as I went through my list.

As I blew my nose and tried not to mouth-breathe too much, my psychiatrist let me know that, just like the Force, my mood needed balance. (She didn’t say the thing about the Force, but if she had, I’d love her more than I already do.)  I’ve already been having trouble keeping it together, and she reminded me that my list was likely to get worse before it gets better.

Tonight I began a low dose of a mood stabilizer. I had been hoping that they would be blue pills so I could say that they’re the blue stabilizers.  Alas, they are not blue. As I lay my woozy body down for sleep, I hope that my desire for medical geekiness will be the only thing that doesn’t work out.