Today, June 26, 2015, will henceforth be known as the day the Supreme Court of the United States dropped a massive glitter bomb, which exploded all over America.  In a 5-4 decision, the Justices declared that gay couples are entitled to equal protection under the law and may now marry in any of these United States.  The LGBT community and its allies across the nation are celebrating with tears of joy, parades, (tomorrow) Facebook posts, and GIFable videos with confetti.

While I’m happy for gay couples everywhere, it makes me wonder if anyone has taken a moment during their revelry to think about the rest of us. Does anyone realize how much this ruling turns our worlds upside down?  “Who’s ‘us’ and ‘our’?”, you ask.  Why, straight people, of course.  A cornucopia of choices has been released from a heteronormative Pandora’s box. Single ladies unable to find a man may choose to switch their sexual preference to other single ladies in hopes of putting a ring on it.  Committed and loving straight couples will abandon their marriages now that they have options.

I wonder why they didn’t think of the children?  I hope everyone is prepared for all the Sarah McLachlan commercials with which we will now be inundated. With the dramatic increase of the birth rate that gay marriage will bring, so many children will need loving homes.  And as marriage is nothing more than an institution for procreation, we will now need to fear for the future of our species, as birth rates will begin to plunge.  SCOTUS clearly didn’t think this through.  Children’s mental well-being and sense of stability will simply vanish.  While science clearly shows us that children thrive in orphanages and being bounced from foster home to foster home, now that gay “marriage” is allowed, these children will be forced into so-called loving and stable homes.  Addtionally, these children, who were once straight, will be converted to homosexuality with more exposure to same-sex couples.

I’m sorry to say that I know all of this to be true from experience.  As this blog is entitled, Julie, Unfiltered, I feel a duty to be honest in how this Supreme Court decision affects my family and I. Beginning today, Mike and I will move to end our marriage.  In the wake of today’s decision, our loving and committed relationship has been rendered meaningless.  I intend to marry our cat, Miss Andry.  We know that getting the law to recognize our love will be an uphill battle, but we feel today’s Court decision has paved the way and will make our journey a little less bumpy.  In our spare time, we plan to tour with the Indigo Girls.

Women, unable to travel hundreds of miles for access to family planning healthcare and access to abortion. Women, using Cytotec to induce abortions because their legal access is severely restricted. States, enacting laws that require a waiting period before abortions. States, requiring a woman to undergo an invasive, medically unnecessary ultrasound before allowing a woman to obtain an abortion. The Supreme Court, ruling that a buffer zone around abortion clinics, which allow for the safety of the women and employees entering the clinic, is unconstitutional because it infringes upon the First Amendment rights of protestors to initiate, “personal, caring, consensual conversations.” Employers, refusing to pay for contraception coverage because they erroneously believe certain types of contraception to be abortifacients. The Supreme Court, siding with the employers.

Yesterday I spent the day reeling and blowing up friend’s Facebook feeds with stories about the SCOTUS Hobby Lobby decision, which allow closely-held companies, (Chick Fil A is an example of a closely-held company. It’s not just small companies,) to deny women access to contraception via insurance coverage if they have a sincerely-held religious objection to the contraception. The ruling was narrow, so as to make sure that only contraception, (for now) is affected by the ruling. Things like vaccinations, blood transfusions, and anti-depressants are not included as things that can be denied because of a sincerely-held religious belief. Why? Because it is clear that the majority on the ruling, all five of them Catholic, are logic contortionists who wanted this to just affect contraception. It is also of note that Chief Justice Roberts stated that it does not matter if the sincerely-held belief is factually incorrect, so long as it is sincerely held.
At the end of the day I told Mike that I feel like we were moving backward for women. That is my sincerely-held belief. Still, in 2014, healthcare decisions are not solely between a woman and her doctor; five men have the power to deny access to contraception to women in the United States. 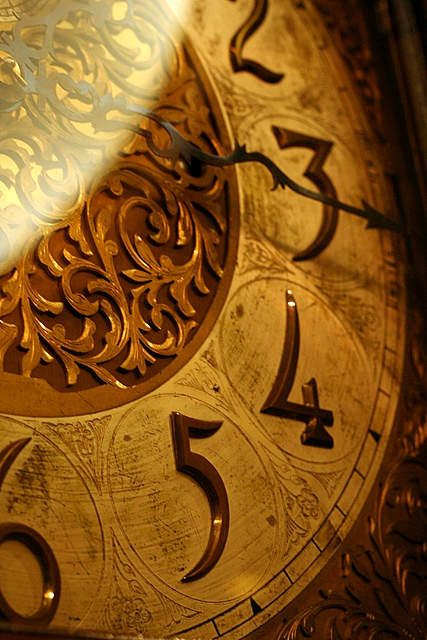 After that, I envisioned the five justices dancing a kick line to “Every Sperm is Sacred”.

It’s not academic
Many people are having debates about this ruling online. For some, it’s purely academic. For one, they are not women, and so would never have any personal use or need for contraception. Some of them just want to debate the minutiae of law and logic. I saw one woman suggest that it was a political issue. I suppose that’s true for some people. Conservatives have generally sided with Hobby Lobby because they are either against the use of contraception, they believe IUDs and the morning after pill to be abortifacients, (they aren’t) they believe a company should be allowed to pick and choose what benefits they pay for, even if it leads to discrimination, (and it does. For instance, vasectomies are covered with Hobby Lobby,) or all three. Liberals tend to side with women and their right to treat their body as theirs, along with the medical decisions made for it.

But for millions of American women, it’s not just something to argue about. Their lives, and the quality of their lives, are at stake. In one fell swoop, five Supreme Court justices placed in jeopardy reasonable, affordable access to contraception. I don’t know how that doesn’t make all women angry. It’s like going back to the days when contraception was first available; only married women could have it, and they had to have permission from their husband first. Ladies, this is a manifestation of patriarchy, pure and simple. This is not, at the end of the day, about religious conscience. This is about having the ability to exercise control over what women do and do not have access to.

Those who would argue, (Matt Walsh) that it doesn’t prevent women from getting the contraception, they just have to pay for it themselves, are clearly living in La La Land. If you’ve ever worked an hourly retail job, you know that coming up with over $3000 to pay for an IUD just isn’t going to happen.
Some offer a solution of simply finding another job. This thinking is La La Land adjacent. I sincerely doubt that a majority of the women working there turned down a plethora of employment opportunities because, ever since they were little girls, they dreamed of working at Hobby Lobby.
There are those who wonder: Why is contraception so fundamentally important? Why is this worth fighting over? There are a few reasons. It lowers health care costs. Think about it. A five minute office visit to insert my IUD costs significantly less than the alternative: invasive surgery to ablate my uterine wall, which may or may not work, so I’d still need to use birth control because pregnancy would be dangerous. And if that didn’t work, I’d need a hysterectomy and medical care to help me undergo early menopause. When used as birth control, contraception helps to avoid unplanned pregnancies, which avoids costs related to hospital births. If that child were to have any mental or physical health issues, insurance would then need to pay out for any medical care that unplanned child needed.

Another reason is that is helps to improve the quality of life for women. Plenty of uterine, ovarian, and hormonal issues are solved with the use of contraception, such as: Polycystic Ovary Syndrome; adenomyosis; fibroid tumors; endometriosis; ovarian cysts; amenorrhea; prevention of endometrial and ovarian cancer; alleviation of PMS, heavy periods, and acne. For instance, my hormonal IUD treats my adenomyosis. Without the IUD, I would continue to double over in pain, both during and in between my periods and bleed in between my periods. When I would have my actual period, my flow would be so heavy that it would cause me to become weak and nearly pass out. This is because it liked to gush out all at once at times like first thing in the morning. Cleaning myself after using the toilet would look like I had just committed murder because my hand would be so covered in blood.

Okay, but there are still women using contraception solely as birth control. Those slutty sluts should just abstain from sex.
Okay. You win. You’re absolutely right. Abstinence is the only way to prevent pregnancy. We should totally force only women to abstain by taking away their decision to use birth control, even if it would hurt women because of course they’re not going to stop having sex just because they don’t have birth control. (Mass graves for children of unwed mothers in Ireland support that.) And if only women are forced to abstain, that will totally prevent unwanted pregnancies from rape and incest. Also, all the married women for whom pregnancy would cause serious health issues, up to and including death, could you go ahead and just stop having sex with your husbands? Thaaa-aaaaanks!